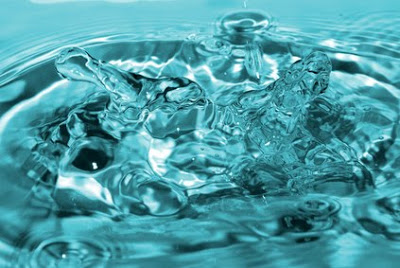 I love water! In fact, I prefer it to any other beverage. When I don’t drink water I’ll usually have an ice tea but my preference is almost always water. It quenchs my thirst, makes me feel great and cleanses my body, not to mention it’s the beverage of choice if you’re trying to lose weight.

However, what I can’t stand is that in the area that I live, the water is hard. What that means to us is that our faucets and shower heads get a build up of calcium on them that we then have to remove by soaking in vinegar. It looks ugly until removed.

I had taught a culinary class at a womens home several months ago and she had mentioned to me that they kept having to replace their ice machine, dishwasher and washing machine because it wasn’t running properly until they found out it was due to the hard water in our area and put in a soft water filtering system. So yesterday when I had an appliance technician out to fix our ice machine I mentioned what she had told me. His reply was, “yes it will function better however, with health hazards.

After he left I got online to read about the health benefits and hazards of hard and soft water. What I found out surprised me so much that I thought I would share my findings with you.

Numerous studies have been conducted over the years linking the relation between mortality from cardiovascular disease and treated water supplies. It’s been found that the calcium and magnesium in hard water reduces the risks of heart attacks and strokes.

Overall in every study I read, the findings were that the harder the water the less heart disease deaths.

Hard water contains TDS (total dissolved solids) minerals. TDS is a measurement of all the minerals in drinking water. TDS not only includes calcium and magnesium (the hardness factors), but also zinc, copper chromium, selenium and so on. People who drank water higher in TDS had lower death rates from heart disease, cancer and chronic diseases than people who drank water with low amounts of TDS.

Several studies have also been published on sodium in drinking water and its effect on blood pressure. Most often, water softening techniques add sodium to the water replacing significant amounts of calcium and magnesium. There are procedures however, that do not add sodium but still reduce the hardness of the water.

Softened water is unhealthy to drink – not because of the sodium, necessarily, but because of the lack or lower amounts of calcium and magnesium in the water. If you are currently using a water softener, have a separate cold water line installed for your drinking water, and on this line install a proper filter unit.

If you have high blood pressure, softening your water can indeed raise your blood pressure even more due to the higher sodium levels. So you may want to discuss this with your doctor to find out how it may affect you.

Although soft water feels silky on your skin and hair, when bathing it’s seems almost impossible to rinse the soap off. Leaving your hair feeling oily and unclean even right after you’ve washed it. Hair washed with soft water will have little to no volume and fall flat on your head.

Basically, the only drawback I’ve found to having hard water is those unwanted calcium deposits left on my faucets and hardware over time, which can be easily removed even though it’s an inconvenience.

After reading numerous pieces of literature on this subject I’ve come to the conclusion that I’ll leave my hard water as is. It may not be as good for my appliances (although adding specific rinses will help alleviate the problem) but it’s much better for my health.

I was unaware of these findings. Were you familiar with this? If so, what experience have you had with hard vs. soft water and what changes if any have you made in your home?