St. Patrick’s Day is this Wednesday and each year on this day millions of people buy cabbage and prepare it in a variety of ways. From plain simple cole slaw, to stuffed cabbage, corned beef and cabbage, in soups like cabbage borscht and even in those delicious Reuben Sandwiches.

But what do you actually know about this vegetable?

This underrated, inexpensive veggie is at its seasonal best in late fall and winter. But it’s available year-round in many varieties. Cabbage is grown throughout the United States.

Cabbage is a member of the Cruciferae family and is loaded with vitamin C and fiber. Relatives include kale, broccoli, collards, cauliflower and Brussels sprouts. The three main cabbage types are red, green and savoy.

Did you know that California is the #1 cabbage-producing state, harvesting nearly 500 million pounds in 2009? New York is #2 and Texas is #3, according to the USDA. The United States as a whole produced 2.3 billion pounds. China is the world’s largest cabbage producer.

There are numerous ways to prepare cabbage. It’s good braised, steamed, stir-fried, and grilled – or raw, of course, as coleslaw. It’s a hearty addition to soups. Try stuffing the leaves with ground pork or rice (Sweet and Sour Cabbage Rolls). Blanching removes some of the sulfurous compounds people don’t like.

When shopping for cabbage make sure to look for heads that are firm, tight and heavy for their size. The outer leaves should be crisp, shiny, and free of cracks. Savoy cabbage, however, has a looser head.

Here’s a cole slaw recipe that I’ve been using for years. Add it in your Fish Tacos, Reuben Sandwiches – made with Corned Beef, Turkey or how about even Tuna? Or just have it alone as a side dish. 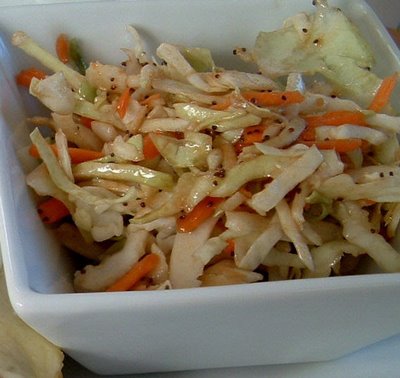 Mix sauce ingredients together and then add cole slaw mix and blend.

Cover and refrigerate until ready to use.

If you like it creamy add some mayo or kick it up a notch and add some horseradish.

So instead of adding mayo add some of this or even better yet – Instead of adding thousand island dressing to your Reuben Sandwich add the Onion Blossom Horseradish Dip. It brings this sandwich to a whole new level. 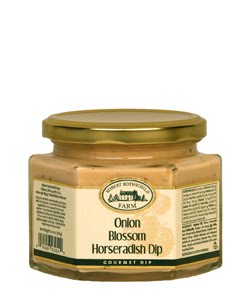