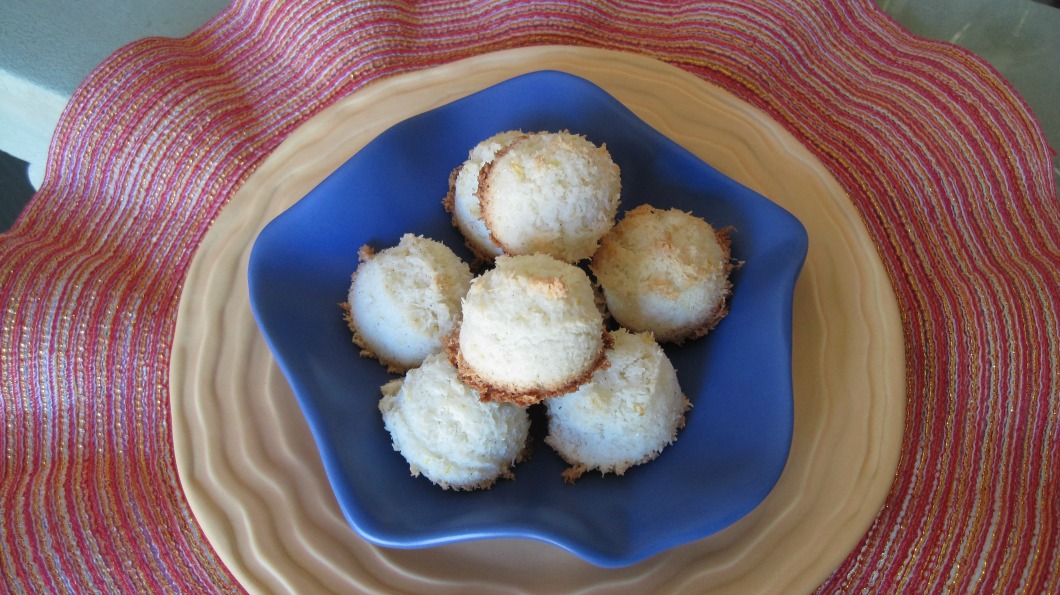 Wednesday I posted a video for making cute little bunny cupcakes, so today I wanted to post a recipe for the jewish holiday Passover.

Tonight marks the beginning of Passover one of the most important holidays of the Jewish faith, an eight-day commemoration that overlaps in date with Easter.

Passover or Pesach is the holiday which celebrates the Exodus from Egypt and the next stage in the unfolding biblical story of the Children of Israel.

After centuries of slavery, Passover celebrates the passage into freedom for an entire people. The specific “passing over” for which the holiday is named refers to the way in which God passed over, or protected, the homes of the Israelites during the night they prepared to leave Egypt, as the last of the Ten Plagues was being visited upon the Egyptians.

When the Pharaoh freed the Israelites, it is said that they left in such a hurry that they could not wait for bread dough to rise (leaven). In commemoration, for the duration of Passover no leavened bread is eaten, for which reason it is called “The Festival of the Unleavened Bread”.  Matzo (flat unleavened bread) is a symbol of the holiday.

The Macaroons that I have made contain no flour but also no corn syrup, which is against the dietary laws for  Ashkenazi tradition but are allowed in the Sephardic communities for Passover.  They can be made with or without corn syrup depending on what you believe.  I made these without the corn syup but left that ingredient in the recipe below.
This recipe is from Sarabeth Levine who owns and operates her own bakery in New York, Sarabeth’s Bakery.  These little coconut cookies are heavenly and you don’t have to be jewish to like them!  In fact, I’m sure you’ll love them!

Passover macaroons are made without flour (which is not used at Passover time). They are crunchy on the outside and have a softer texture on the inside. I add orange zest to tame the signature sweetness of these traditional holiday cookies. I love the toasty pieces that fall to the sheet tray while scooping them into their shape. When the trays come out of the oven, we fight for them at the bakery, and believe me, so will you. Don’t reserve these plump and easy cookies for Passover, they are excellent any time of the year. Sarabeth Levine

BAKERS NOTE: Macaroons are nothing if not chewy and moist, so I make mine with a syrup that ensures the desired texture. For the best flavor, use desiccated coconut, available at natural food stores, and not the standard sweetened coconut flakes.

1 1/2 cups sugar
1/3 cup water
2 teaspoons light corn syrup
Pinch fine sea salt
Seeds from ½ vanilla bean or ½ teaspoon pure vanilla extract
Grated zest of ½ orange
5 cups (1 pound) unsweetened desiccated coconut
3 large egg whites, at room temperature
1. Position a rack in the center of the oven and preheat to 325°F. Line a half-sheet pan with parchment paper.
2. Combine the sugar, 1/3 cup water, corn syrup, and salt in a heavy-bottomed medium saucepan. Bring to a boil over high heat, stirring just until the sugar dissolves. Pour into the bowl of a heavy-duty mixer. Add the vanilla seeds and orange zest and stir to combine.
3. Attach the bowl to the mixer and affix the paddle attachment. With the mixer on low speed, gradually add the coconut. Then, gradually pour in the egg whites and mix into a dough. Let stand for 10 minutes. 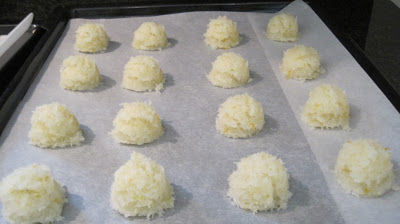 4. Using a 1 1/2-inch-diameter ice-cream scoop, portion the coconut mixture. With your other hand, lightly compress the mixture into the scoop so it will hold its shape better when released onto the half-sheet pan. Release the coconut mixture onto the pan. Repeat with the remaining mixture, spacing the mounds about 1 inch apart.
5. Bake until the macaroons are light golden brown, about 20 minutes. Cool completely on the pan. (The cookies can be stored in an airtight container at room temperature for 5 days.)